Vintage (and Therapeutic) Underwear Made From Sweaters?!

Home » Vintage (and Therapeutic) Underwear Made From Sweaters?!

How to make vintage and therapeutic underwear from sweaters: A Sewing Tutorial for Beginners.

Welcome Zoe Smith-Holladay, guest poster today! Zoe has her own blog about animals and Etsy page which you’ll find linked at the bottom of this post. You can even buy some of these from her if you don’t want to make your own.

I know, it may sound totally wacky to some, but there is actually some backing in the idea that woolen underwear can not only be super cute, comfortable, and vintage, but as well it can provide therapeutic benefits and perhaps even confidence to those with physical or mental disabilities, especially chronic pain.

And it kind of makes sense; woolen and knit underwear from plant and animal fibers has been used almost since human’s beginnings and continues to be used in many parts of the world where toxic and unsustainable factory-made fabrics don’t reign supreme.

It is still used in the richer parts of the world for babies and sometimes the elderly, both groups having softer and more sensitive skin to the toxic and harmful dyes in industrial fabrics. So why don’t we apply it to our own bodies and let ourselves reap the benefits?

I found that this seemingly-scratchy invention was not only a non-whimsical idea, but one that’s actually been done before! Women of approximately the 1920s-50s actually may have considered it normal and comfortable to wear knit underclothing and night attire. It can get a little frustrating trying to find evidence, due to the fact that the term “knit” in sewing means both jersey knit fabrics that you can find at Joanns, and literally hand or machine knit fabrics made with materials such as wool. It is almost impossible to find what we’d call “sweater knit” fabrics apart from jersey knit fabrics, except for..well, sweaters!

Knit underwear of these sought-after times (in terms of mimicking fashion) was often of the same grain of other well-known vintage underwear styles, often reaching at least up to the belly button and plenty of coverage, sometimes down to the knees. (some call them conservative granny panties, some also call it high waisted fashion. What was that again about one woman’s treasure and one woman’s trash?).

The knit underwear of these times can often be seen on vintage knitting patterns, and was desired (especially when hand knit) for its softness, the natural and genuine content of the material (factory-made fabrics can have toxic chemicals to keep them soft, and thus can be unsafe for the human body) and the versatility of its design. However, some have a sense they might be making a comeback from their demise around the 1950s due to the inability to keep up with factory production (an issue many struggle with today in all sorts of fields).

Even Vogue recently wrote an image-based article about knit and wool underwear making a comeback (which can be found here).

Not only that, but some have started to rave about the therapeutic benefits, especially those with special needs such as sensory processing disorders, and chronic pain/illness. According to Body In Mind circa 2012, a study was published about the positive effects that particularly woolen knit underwear (called “undercrackers” in this study) can have on patients experiencing chronic lower back pain, with a reported “90% reduction in pain from the baseline”.

Above are some reasons why you should consider (and not gawk at) woolen underwear.

Now that I’ve convinced you, how about you stay awhile and learn how to make some of your own?

Now for the sewing tutorial…

How to Make Underwear from Sweaters

1. Find a nice, soft sweater, preferably an old one that you’ll never wear again, or do what I do and go to goodwill, buy 4-5, and make a bunch to fill up your wardrobe. Just make sure that you won’t regret cutting it up after you do it because it was expensive or too scratchy or not enough fabric or etc etc etc.

Just for reference, I am about a size US women’s 8-10, and I needed a large, often men’s sweater to comfortably make the size I needed, surprisingly. I’m sure you could do it with littler amounts of fabric with a smaller size, more skimpy design, or more stretch but I chose to be in-the-know and not worrying about my fabric amount and still having enough left to make a matching accessory if I wanted.  🙂

2. Cut the armhole, neckhole, and bottom edges/ribbed parts off the sweater so that all the pretty finishings of the sweater are gone. Keep them in their circular from, being careful not to cut it the circles open. Trust me, you will need these later. As well, cut up the side seams, basically deconstructing the entire sweater. Yup, this is about when you realize you’ll never be wearing these again and panic if you didn’t follow step 1 to a tee.

3. Now, take your underwear pattern and set it on each individual piece of sweater. I personally just cut up a pair of unworn underwear that fit me nicely for my pattern.

Now here’s a quick tutorial on how to sew a pair of underwear. If you already know how, or don’t want to see me ramble, you can skip. This is supposed to be for beginners after all, so bear with me if you can.

4. Take the two crotch pieces and sandwich them right sides (the sides you want to be facing out on the final product) together on the less wide side of the underwear, and then put the front piece in between. Sew this up.

5. Then, roll the front piece between the two piece you just sewed it to, and then do the same for the back so that the front and the back are sandwiched completely between the two crotch pieces. The knit fabric is a thick one, so It may look a little bit strange and bunched.

6. Then, pull the two pieces out and yay! They should look close to a pair of completely formed underwear (don’t worry if you messed up, everyone does at the beginning.

7. Then, sew up the side seams right sides together and you should have a nice pair of knickers! (for most people, it clicks what you’re supposed to do as they start to look a tad bit more like actual underwear)

And voila! You have a great pair of undies!

Add some off the ribbed fabric you set aside earlier from the arm, neck, and bottom holes to the top and the leg holes, and there they are!

One problem you may discover is that the crotch seam is too thick because of the two layers of knit fabric directly on top of each other–that is okay! With a little bit of ironing/pressing, and a little bit of practice, you’ll realize when two crotch layers is too many with your next pair.

Now that you know how to make your own, spread the news and create your own. Add buttons, lace, elastic, string, appliqués, beads, matching thread, and get sweaters with nice designs (intarsia) to put on the front (as well as anything else you’d like on your undies)!

If you don’t want to cut up your underwear, consider buying an underwear pattern. The Bunzies from Stitch Upon a Time are fairly easy to sew. I have used old underwear to make my own underwear before but a pattern helps make it a bit easier. -Danielle

About Our Guest Poster

If you don’t want to make your own and you’d like to support a neurodivergent, black teen artist and sewer, check out Zoe Smith-Holladay’s Etsy store where she makes these underwear!

Want to read more from Zoe? She talks about neurodivergent/mentally ill problems, DIYs, and tips on her tumblr page. She also has a blog about animals.

Want to know other places to buy? Check out the Vogue link in the intro, as well as these links to some reputable Etsy shops, and add in the comments any that you find! 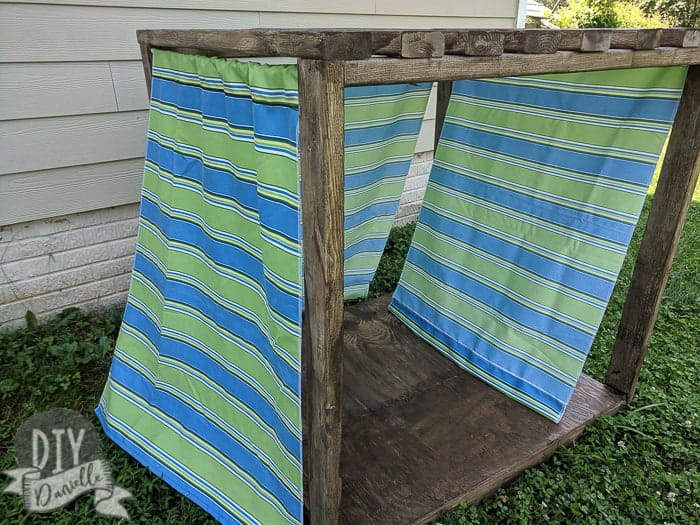 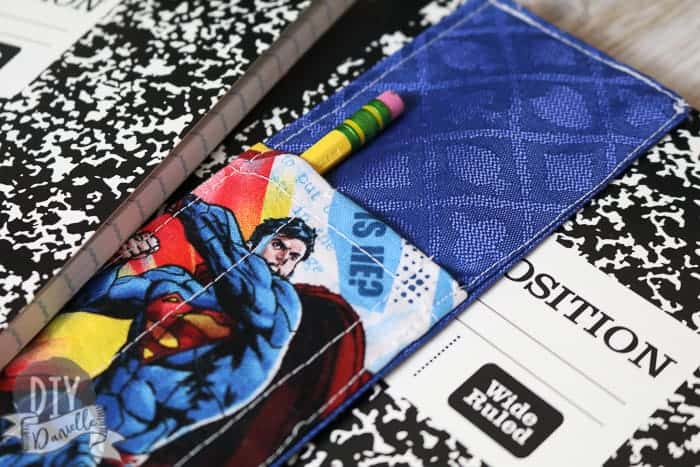