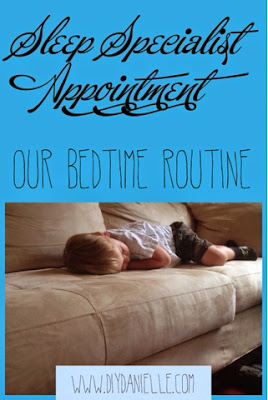 We finally had our appointment over at John’s Hopkins in Baltimore with their sleep clinic. This was just an assessment and we saw a medical doctor, as well as a behavior specialist from Kennedy Krieger. They came in right after one another in the same office which was helpful because it was less traveling. The medical piece was a bit frustrating because we were back AGAIN at “let’s do the behavior piece first and see how it goes.” It seems like we keep getting new behavioral stuff to try and being told that if stuff doesn’t work that we can resort to checking medical problems. But the behavioral specialist actually had a good plan for us so I’m happy enough that at least we have something to DO. And it’s working… sort of. We’re currently a few weeks in and we’ve managed to get G sleeping in his own bed… without us. Getting him down to sleep is faster so we’re not spending 2 hours trying to help him fall asleep. He’s not rubbing my neck raw. Lots of good things. Unfortunately, he’s still waking up 3-4x per night most nights… we’re hoping that as we’re consistent over time that this will get better. The best part is that there’s no cry-it-out and that makes it less painful for us. Cry it out made him miserable and a mess and this method seems to be making him MORE confident about sleeping on his own- not less. Good stuff!

I want to share what we were told because I really don’t like how many BOOKS there are about sleep… I’m not sure about everyone else, but when I’m exhausted I don’t have a strong desire to read a non fiction book. If only I had that kind of time and energy. I could rule the world.  At the very least, you’d think more people would just publish a video with this information. Anyhow the following information is what he told us for us… G doesn’t have any clear signs of a sleeping disorder and I can’t promise that the information is perfect. It’s just notes that I took during the appointment. I’m hoping it will help someone else save a few hours of appointment or book reading. Good luck.

So here’s the quick and easy stuff we changed:

Here’s the routine to remove ourselves from bed: The idea of this plan is to “fade the parents” as part of falling asleep. At this point, he uses us as a “sleep crutch” to get to sleep. He needs up to fall back asleep every time he wakes up. Which causes a lot of issues because people NORMALLY wake quite frequently- they just put themselves back to sleep easily. In his case, he needed us. At this point, he still needs us but it’s getting better. Hoping a few more weeks we’ll see even more improvement.

We were, prior to this, laying in bed with him to help him fall asleep. He’d get mad if we had a foot out or turned away from him, etc. The idea of “fading” us was to get us eventually sitting in a chair outside of the room.

Brandon started out sitting up in bed while G was falling asleep. No talking to him once goodnight was said. If G was having trouble falling asleep, Brandon could move his hand to an item that might soothe him. If G got out of bed, Brandon would not say anything but would pick him up and put him back in. He did this a few nights until G was falling asleep okay this way.

At this point, Brandon would put one leg out of the bed while G was falling asleep. A few nights of this until G was fine.

Then he put both legs out of the bed until G eventually had a few nights of being okay with this.

This is where we are now. It’s very quick to get him to sleep most of the time, although occasionally we have a bad night where G wakes up at an odd time and wants to stay up to play for an hour. We put him back into bed without talking to him and leave to sit in the chair until he falls asleep. Sometimes we just go in our room seeing he can’t technically see if we are there. He seems to still be checking in to make sure we’re there- so every now and then he’ll peek around corner. But usually he checks, then goes back to sleep. So far so good. I’m going to have to try this with the baby eventually, but I’m a bit scared. Haha. We’ll see.

Again, hope this is helpful to someone out there on the interweb… anyone else have any tips they’d like to share?