I’ve been seeing a lot of these on Pinterest and decided the magnetic white board on our refrigerator wasn’t as pretty as I liked anymore. I always have big menu plans, buy all of the ingredients, and then forget what I planned to make. So I search everywhere for my grocery list where I hopefully wrote down which recipes I was planning for. 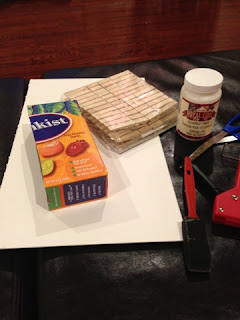 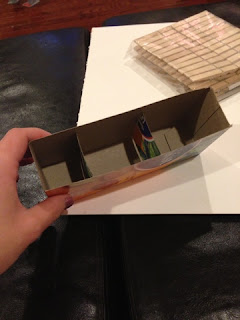 I got my supplies:

I can’t really explain what I did with the box. I probably would do two or three smaller boxes in retrospect because they’d be easier to cover with scrapbook paper. Candy boxes (like the Mikes Red Hot candies) make good small boxes. Now I’m not saying you SHOULD eat three boxes of candy, but if you did they’re the perfect size. Wink.

These pictures show how I cut the paper though. Then I just mod podged the paper on, then put another layer of mod podge over it. 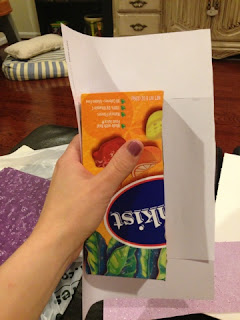 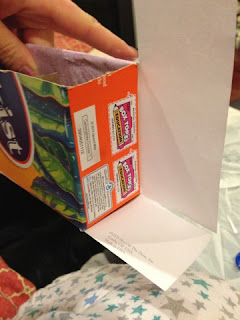 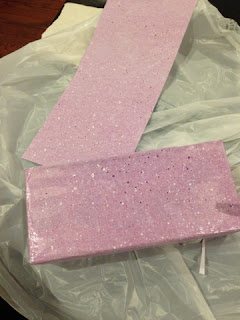 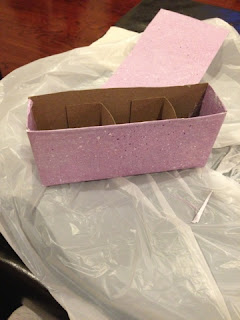 Here I covered the bottom part of my board with some scrapbook paper (one big piece). I mod podged it on, folding the corners over and mod podging those on the back. I wanted to cover the sides of the board. Then I stapled the box onto the bottom, stapling from the back of the board and then using my scissors to fold over the sharp edges on the inside so they don’t pop out or stab anyone. 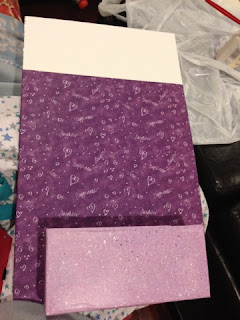 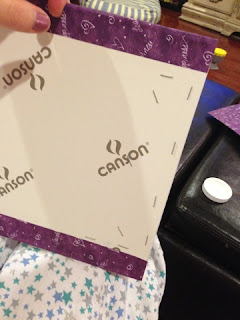 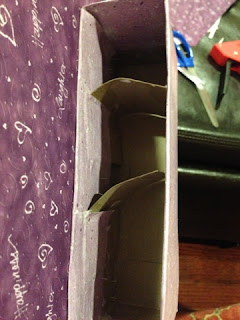 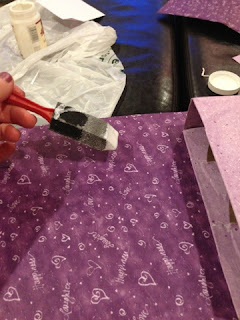 I used my stencils and some colored sharpies to add “Weekly Menu” and our name to the top of the board. I could’ve covered the top with a coordinating scrapbook paper, but I wasn’t satisfied with my options so I just did the white seeing it looked nice that way. 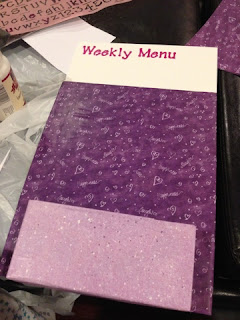 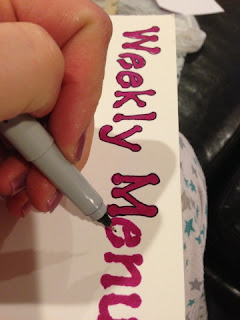 Final product: I had to edit out the middle with our name for privacy, but you get the idea. Also… don’t judge the weird food combos… I was just trying to put something together for the pictures. We haven’t gotten around to grocery shopping yet this week. 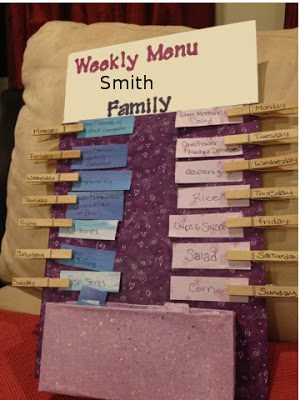 Oh… I added a piece of ribbon to the back. Still trying to find the best way to put it on without it falling off, but I think I’ll try some hot glue today.

Oh my goodness, I need one of these! I may be hitting you up for help in the next few days as I figure this out... :-)