I have been pinning upcycled teeshirt tutorials left and right so I decided to actually make some of them. I had a ton of shirts from Daddy B, plus I bought a couple new teeshirts at Joann’s when they were on sale for like $1.


This was a men’s polo shirt before I upcycled it. I kept everything, but cut off and hemmed the sleeves, and I took in the sides so it wasn’t super baggy on me. I like it! I had just read this tutorial on a no-sew upycle so I got the basic idea from it, but I wanted to sew it instead because her way looked time intensive! She mentions in the tutorial that sewing is probably faster. 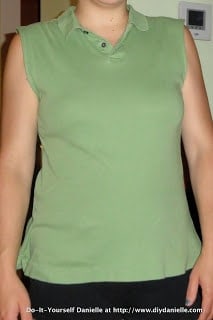 I found this tutorial on how to make a braid around your shirt top. I loved how pretty the tutorial’s shirt looked with the braiding. It wasn’t too hard to replicate, but my shirt ended up not being usable thanks to my overexcitement with the braiding thing. Here are a couple of pictures of the process… 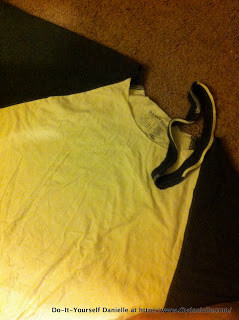 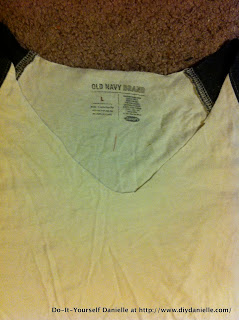 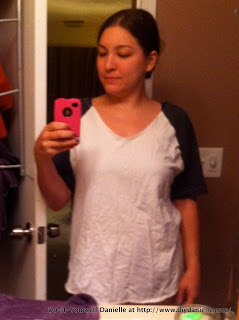 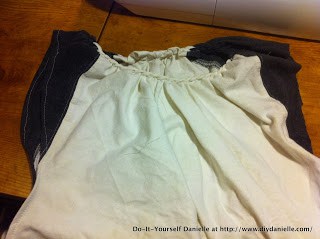 If you can tell from the photos, I cut the shirt, hemmed the top of the shirt, and then made the slits and braided. The problem with my strategy, however, is that I didn’t made a large enough neckline. Here’s the deal- braiding makes the neck WAY smaller. WAYYYYYY smaller. So my shirt ended up feeling a bit like it was strangling me. It was still wearable though UNTIL I decided to try braiding the bottom too. I’m not sure why I brilliantly decided that would work when the top became so much smaller… but now the bottom of the tshirt is so small that it won’t fit over my head. Haha. Oh well. No pictures of that, sorry. I might just cut the bottom off so my shirt will be usable again. The braiding definitely looks cute though.
Shirts #3 and #4

Okay this is one of the first t-shirt tutorials that I pinned for a peasant top, and I love love love it. I used my two brand new Joann’s shirts for this one. One of the tshirts (the black, bottom right) is a men’s large or xl, and the one on the left is a maternity shirt medium (I think). The fit on the maternity shirt is way cuter… I may have to try to trim up my men’s shirt version. This tutorial on turning a large tshirt into a fitted tee should be helpful! I’ll update when/if I get around to it. I still need to finish the couch cover and get a baby romper completed for Baby G, all by Sunday (it’s Tuesday!). 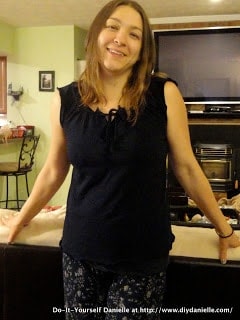 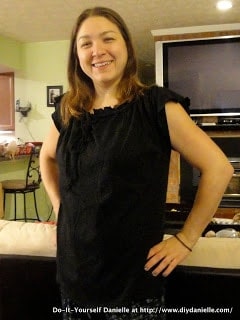