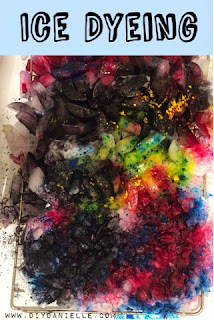 I’ve seen a lot of people showing off the ice dyeing so I had to try it. I ordered the kit below from Amazon and got started on some old teeshirts of my husbands. They were white everywhere but the armpits so I wanted to upcycle them into pajamas for the boys… But obviously plain white is a bit boring.
Purchasing via the affiliate link above helps support my blog. Thank you!

Here is a link to the tutorial I used on how to ice dye. It’s very easy, but I’ll mention that I agree that this is best done outside. I felt pretty woozy afterwards despite the ninja scarf I made myself out of fabric. If you’ve got snow outside, you can actually use that instead of ice if you want. I used some cubed ice and some shaved ice… I emptied my entire freezer container doing this so be prepared. You need to cover the entire piece of fabric you’re dyeing.

The dyes for the kit were each half used after I dyed these eight white teeshirts, but I still had plenty of the soda ash left. Note that I’ve also heard you can substitute washing soda for the soda ash. I might try that next time.

Things to note:
Pictures from process 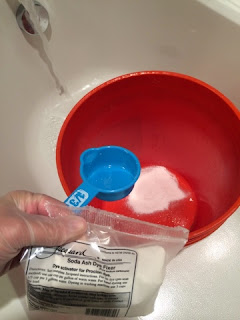 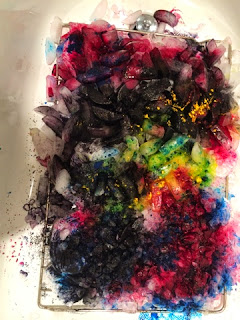 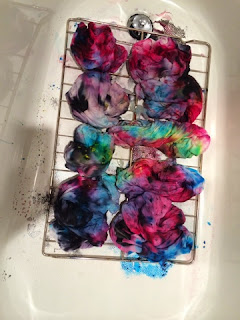 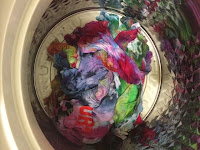 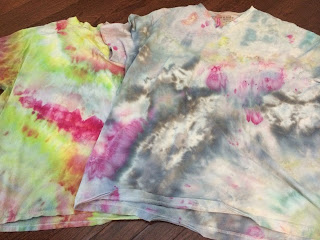 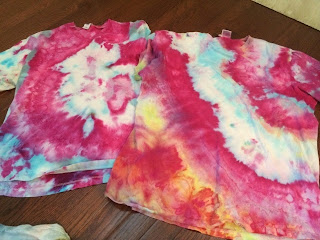 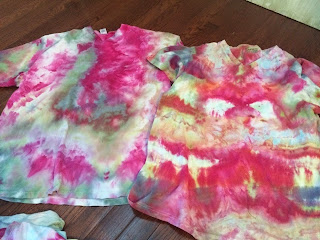 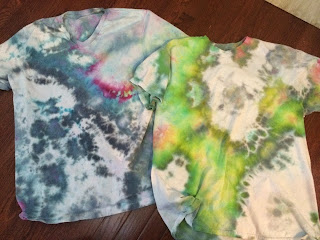 And here’s a teeshirt that I made for my 4T son out of these upcycled shirts. I bought the blue ribbing to add to the shirt, but otherwise the whole shirt is upcycled. Cool huh?! Now I just need to make him some pants to go with it for pajamas. 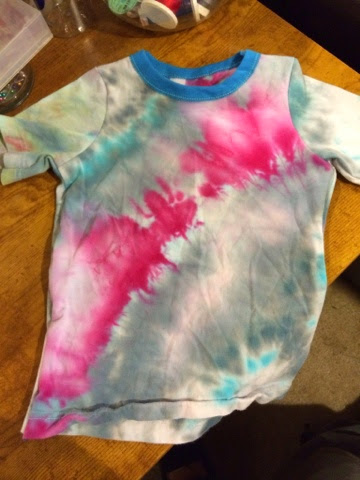