I dropped something metal into the lint trap- oiy- and desperately tried to get it out at 11pm while also desperately trying not to wake up my sons who were asleep. I tried a wire hanger down into the lint trap to no avail- although I did clean out quite a bit of lint so that tells me a full cleaning is necessary. Alas… I had to take apart my dryer. Which is a pain in the tush, but apparently possible. So I decided to hold off until the next day and I set out all my wet clothes to air dry (ugh). 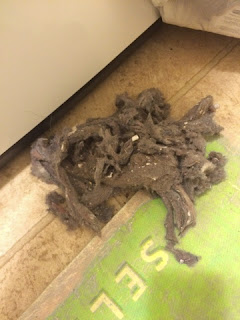 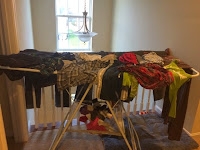 I was going to give a tutorial on how to get this apart, but seeing they’re all built so different I decided not to. I’m also not a repair person so I didn’t want to get myself in trouble. But the general idea is to unplug your machine so you don’t get electrocuted, and remove screws. We popped our top part off a bit and then the front part of the machine was able to be removed.

In the end, I discovered a lot of fun stuff to clean in my dryer and I imagine I’ll do this again in a couple years (or as needed) because I feel like that stuff shouldn’t just be left there forever. I found lots of displaced lint, a dime, a nickel, and a paperclip. And my dryer isn’t making any noises anymore. Yay! I vacuumed out what I could and used a cloth to wipe down/dust some of it. Obviously, I was very careful on all the “expensive bits” (aka all of it). The inside of the front of the machine also had a lot of dust and lint build up so I cleaned that too.

Here’s some pictures of the grossness. We have only had the machine less than 2 years, although we do a LOT of laundry and also have a roommate doing laundry. 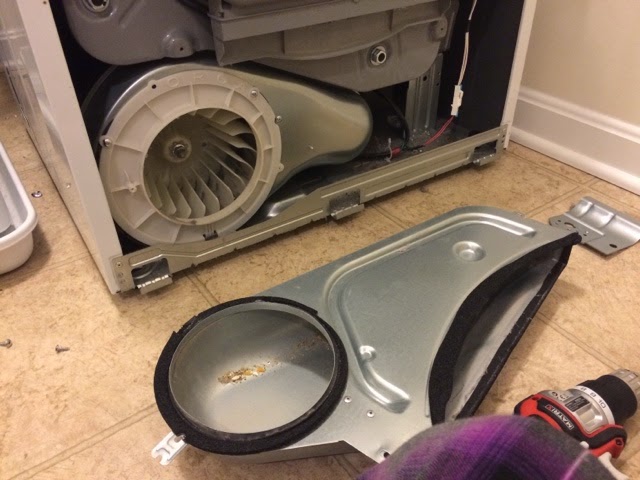 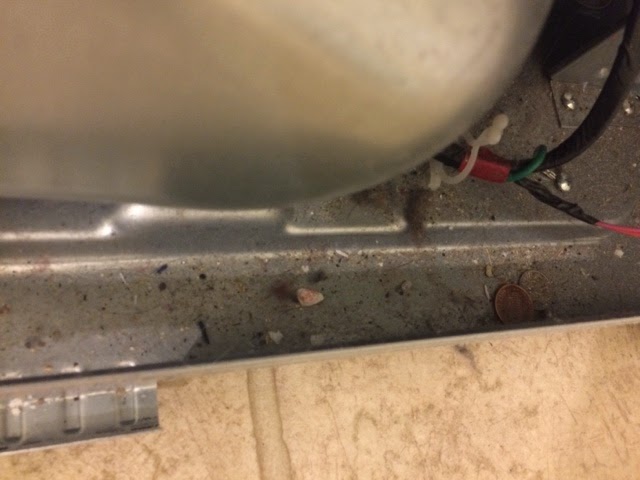 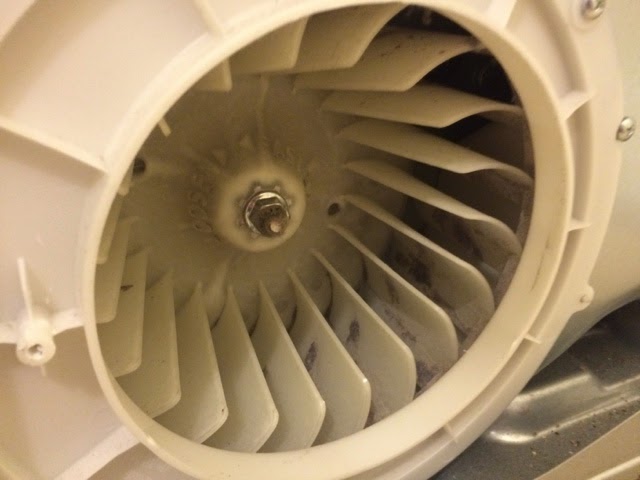 If you’re not aware, it’s also a good idea to clean out your dryer vents regularly or to hire someone else to do it. We usually get ours done as well as our household vents, but I think this is a project we’d like to diy in the future because it is costly and doesn’t seem difficult.