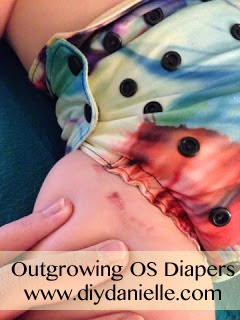 OH NO! Baby G has been getting marks from his one-size diapers and we’ve been trying to narrow down the problem. With the help of the women on the BabyCenter CD Sewing 101 Board, we’re trying to figure out what might be wrong. In the meantime, we’re using some disposable diapers so his legs will feel better and it’ll buy me some more time to get these things done.

The first possible explanation is that it could be that the ruffled legs are bothering him and I can just fix that by seam ripping the top stitching by the leg elastic. I went ahead and did that for all of his older diapers. It helped.

I also went through and took all of the diapers with tighter elastic out of the diaper rotation. I had a few diapers that he had just outgrown (I have one sized diaper, for example), and my initial diapers were sewn with the elastic too tight so I could make them work by replacing the elastic, but I’m lazy so I decided not to. I’m going to save all of those for when the new baby comes as they’ll be small enough for a littler child.

The likeliest culprit is that Baby G outgrew his one-size diapers at a whoppin’ 30 lbs with those big chubby thighs… very upsetting. I had this persistent belief that he’d fit into “one size” diapers until potty training. Guess that wasn’t logical. I am using a pattern from Arfy to try to make him some bigger diapers to see if that helps. I decided on the Sized Squaretab Template for XL, and I’m adding the snap down rise in order to make it a bit better fit (she estimates it fits at 35lbs+).

Here’s a comparison of Arfy’s XL pattern (paper pattern underneath) to the BBB Super Fit OS pattern (wood, on top). You can see the BBB pattern are the same length but the XL is wider. Mathematically I don’t understand how it works, but apparently the XL is “bigger” in the legs. It probably makes sense to normal people… but I just can’t visualize it well enough to understand. 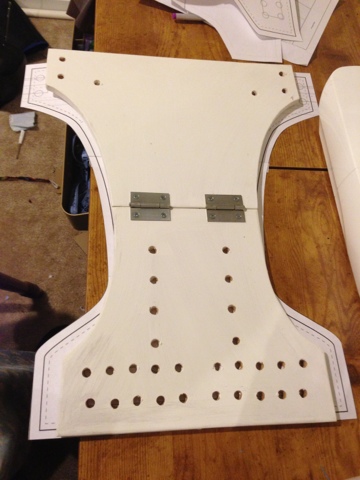 What I did was cut my fabric like normal (and sew like normal), but before sewing everything together I used the BBB pattern to add my snap down rise. I opted to do all of these with hook and loop (instead of snaps), mostly because I wanted to save time and try something new. After, I sewed everything like normal.
Here’s some photos of my diapers after I finished (excuse the random Dr. Pepper bottle that he is snuggling). 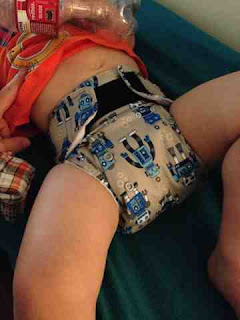 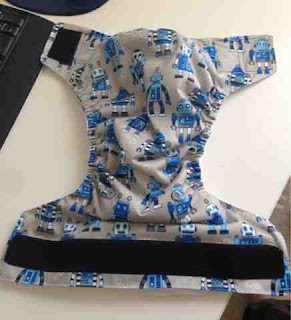 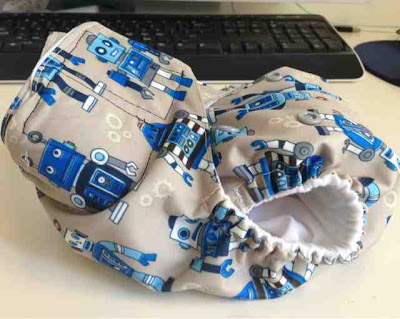 I sewed the tabs onto these and then on one side there’s also another loop tab so that if you’ve got a smaller child you can hook one side to the other and overlap the tabs. 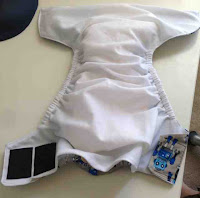 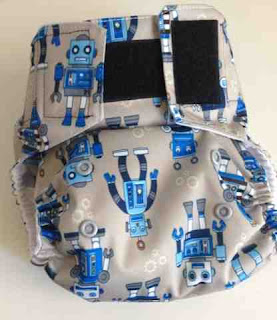